Just before the end of 2019 there was a weather window that opened perfectly to squeeze in one more mission for the year. I met my brother Ryan in Cromwell, and we headed to Queenstown for supplies then onto Glenorchy. Unfortunately there was about 20 km’s either end of our intended route so we needed to drop some bikes at the end of the road where the Greenstone comes out. By the time we were done and at the Scott Basin trail end it was already 3pm. It was good to finally get walking, and good to get away from the crowds, this trail didn’t appear to get much traffic at the best of times. 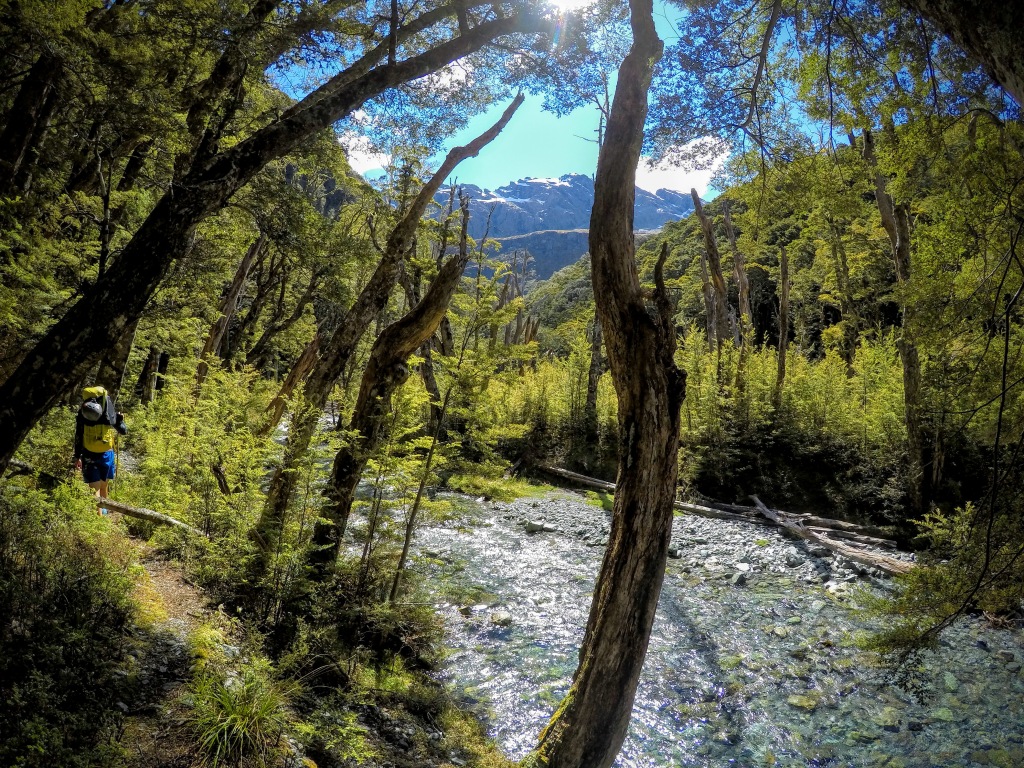 The climb was steep and hot work to start with, but quite quickly we made progress and arrived into the lower basin area. The basin opened out of the trees and we climbed up towards the snowline, through some interesting rocks. At the Saddle we scoped out the route up into the head of Death Valley. There was a small glacier to cross that was stained with the Aussie bush fire dust, and then a steep little gully, that turned out not to be too steep once we got there. At around 6pm we reached the top of Death Valley, which was pretty spectacular with the sun starting to move behind the mountains around us. After getting through the basin we entered the shadowed part of the Valley and worked our way down to the hut.

The top of Scott Basin 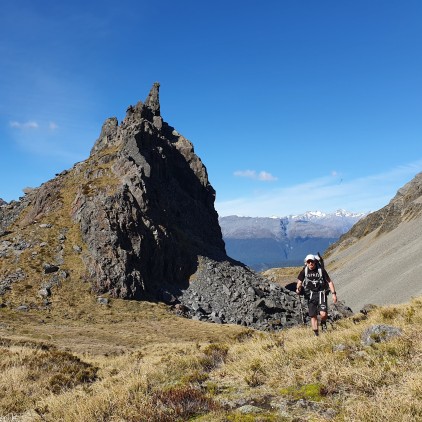 Rock formations at the head of the valley

Almost at the head of the Valley 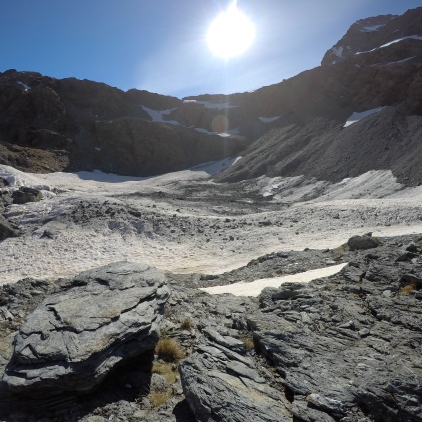 Climbing up and into Death Valley

Up to the High Point. Got to use my Ice Axe 🙂

Entering into the Shadow of the Valley of Death

We reached the hut just on Sunset, just in time to cook our dinner before headtorches were required. Being summer, the hut without a fire was quite adequate for a nights sleep. In the morning, we were up and going just as the sun started to reach the hut again. It was a bit fresh in the morning, but quite a nice walk down the valley to the junction of the Caples river. 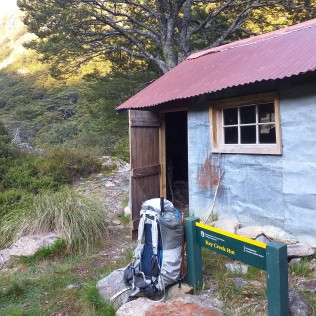 Getting ready for Packrafting action 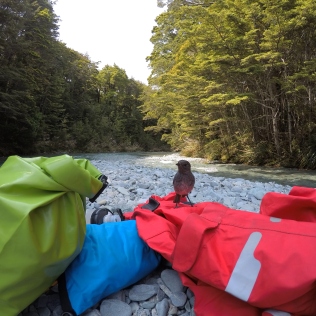 Our friend the Robin

At the Caples we found that there was just enough water to paddle, and now about Lunchtime the 30 odd kms to the end seemed like it was going to take up most of the afternoon! The river to us was a bit of an unknown, and when we reached the first gorge we cautiously decided to portage. It was a bit of a walk but not too bad really. It was very nice to be back in the boat and floating for about 2km’s before we needed to portage again around the gorge just before the Mid Caples hut. There was a bit of a log jam in there so turns out it was a good call to portage!

The final section of the Caples was quite fun, and when it reached the Greenstone there was a little bit more excitement, including a scouted section that didn’t go anywhere near to plan, but we made it through with no problems at all! 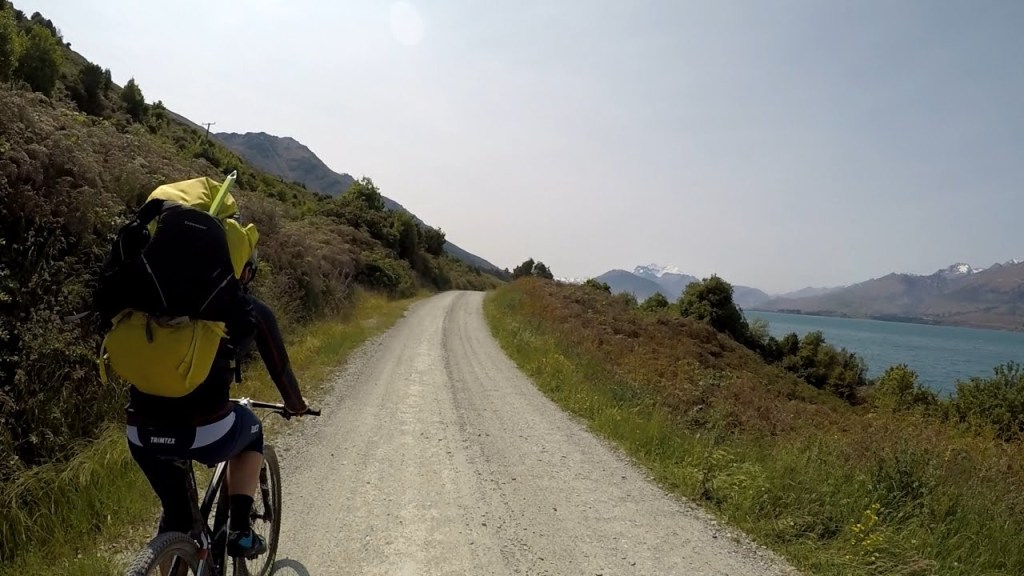 Once back at the bikes, we had a bit of time to try to dry out the gear before stuffing it back into our packs. Carrying the raft, ice axe and associated gear was not a huge amount of fun. The riding was a made even more fun by the next wave of Aussie bush smoke reaching NZ, a strong headwind, a dusty and corrugated gravel road. We reached the car at around about 5pm and just enough daylight left to get back to Wanaka in time to see in the New Year!