During the Americas Cup there was time inbetween races early on in the procedings to get away and check out some of the sights. Riki and I planned to go a little further afield later in the week but the weather and the racing meant we were better off staying in the city…

However one highlight was a side trip to Yosemite National Park. It started off just how you would imagine a great American road trip just like something out of a movie. We had trouble in traffic in town then negotiating the freeway was a nightmare, followed by an accidental trip exit to a roadside diner, then turned up in a sleepy town in some backwater with one vacancy left and it happened to be a premium room at a discounted rate!

After the dramas of the evening before we headed out early to Yosemite. First thing we saw was El Capitain, and it was a pretty impressive sight, just like seeing the North Face of the Eiger it reminded me of all those books I have read about it! Once in the township of Yosemite itself we parked up and went for a bit of a wander up to Glacier Peak. It was really steep but a really walkable track to our amazement. Once up at the top after about 1000m climb we got some really great views of the Half Dome and the rest of the park. As there was still some bush fires near by the smoke just added to the atmosphere and added another perspective to the whole thing. We cut it pretty fine on timing at the end and after some more really amazing views and a close encounter with a Squirrel, we made it back to the car just as it got really dark.

On the way up to Glacier Peak 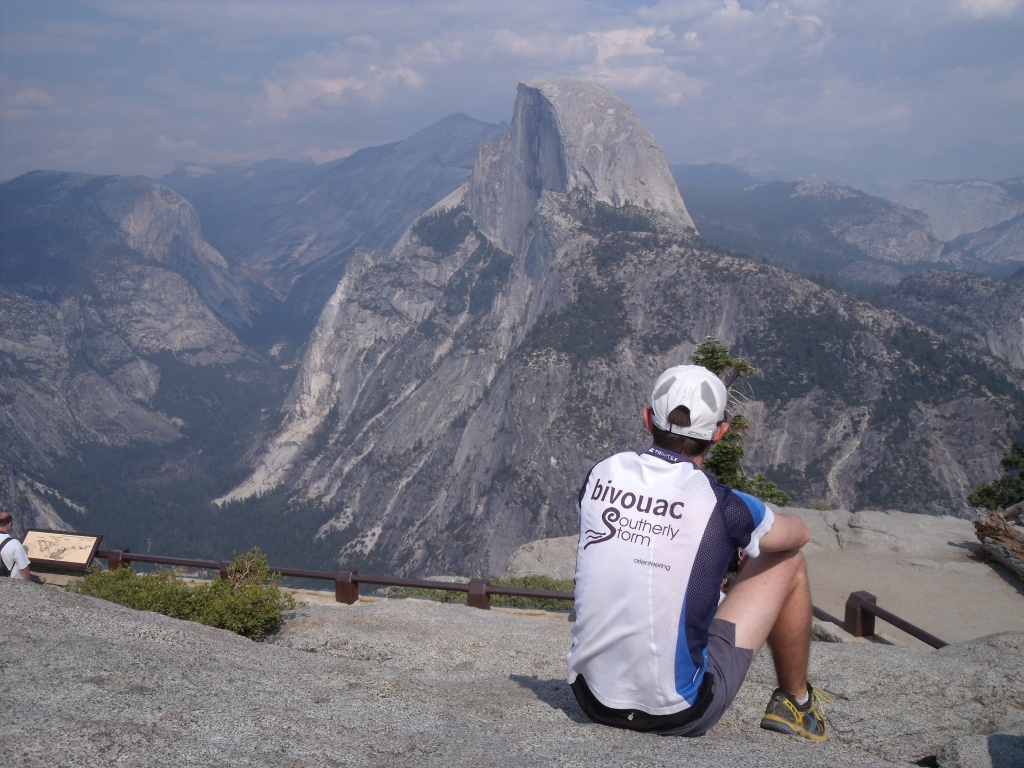 Riki looking out over Half Done 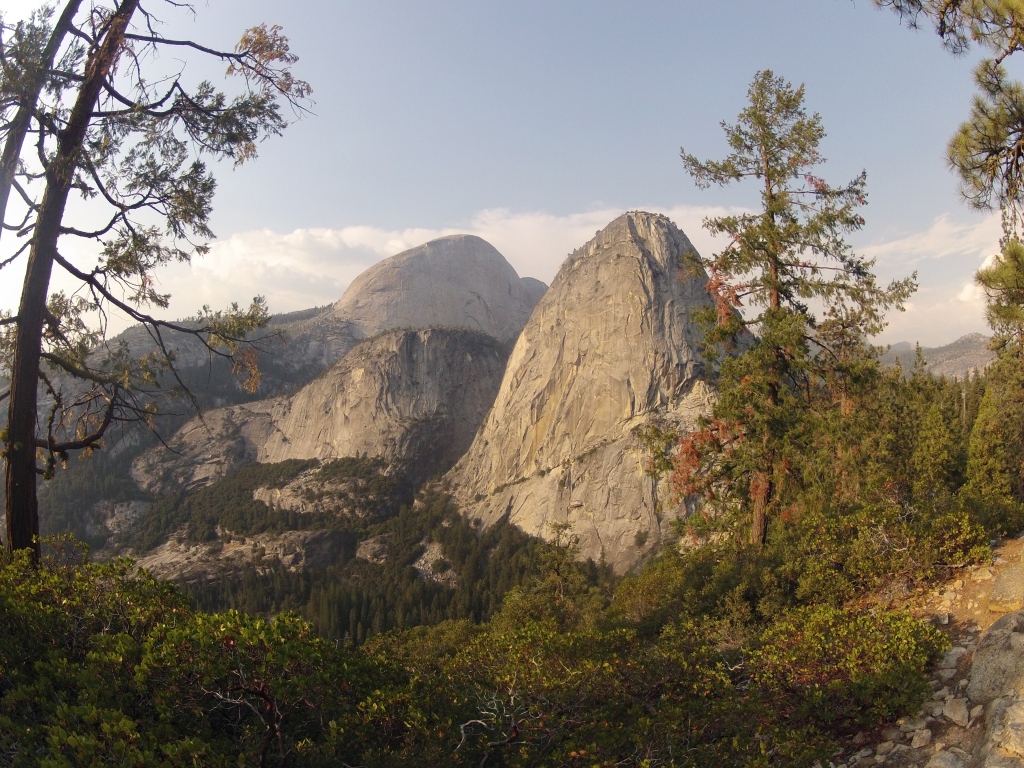 Sunset in the park

Miles and Miles of nothing… on the road home

It was a great day out in the hills away from the city and the Americas Cup buzz. We headed back the next morning getting back just in time to see the first race of the day, after that it was pretty much day after day down on the water front to watch another race. It was a bit of a pity the racing wasn’t finished up by the time we left a week later… and even more of a pity the way it all turned out too… but as they say that’s just sport, sometimes you win, sometimes you loose.