Since the Heights of Winter Rogaine was cancelled this year we ended up forgoing the Brass Monkey Kayak races at the weekend in favour of the 13 hour Golden Road Rogaine, held down near Dunedin, inland from Waikouaiti. This time around Hilary and I exchanged Mitch for Dave as now Mitch was out of the country and Dave had been back about a week.

It was a pretty early start, still dark when we arrived at the Eldorado Woolshed to plan out our course. Planning took shorter than I anticipated and for a change I was basically all packed and ready to go! Time however flew by and come briefing time we found out luckily that the race was shortened to 11hours. By the time the race was underway it had got fairly light and was starting to warm up a little bit. We opted to keep our feet dry early on and go around the road to the first control. Hilary was pretty eager to jump across the muddy stream to collect the first control while Dave and I waited on the the dry side of the stream with our dry socks! 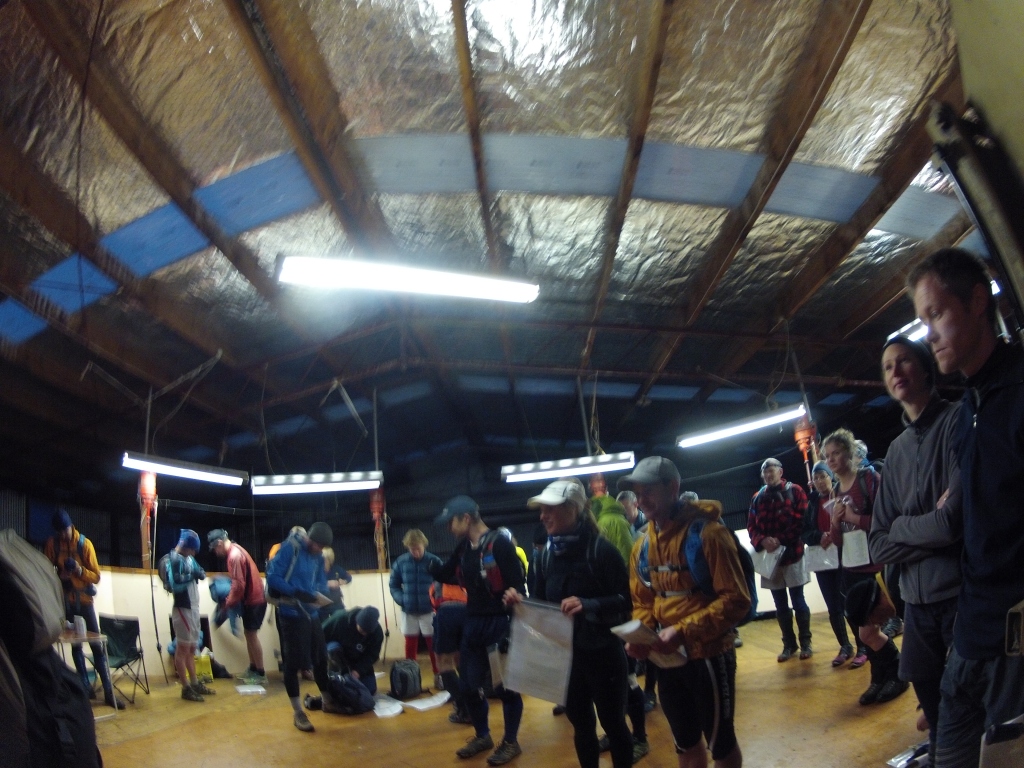 There was not much let up early on and it seemed to be all climbing for a long time which was a good way to get my head into the map a bit. Gradually we made some progress, putting distance on the following teams while Georgia and Tim slipped past us going quite quickly. We had the top part of the course pretty much to ourselves, jogging the flatter bits and walking the hills. It wasn’t long before we were back with a whole bunch of teams briefly before they all vapourised again, just as quickly as they had appeared. 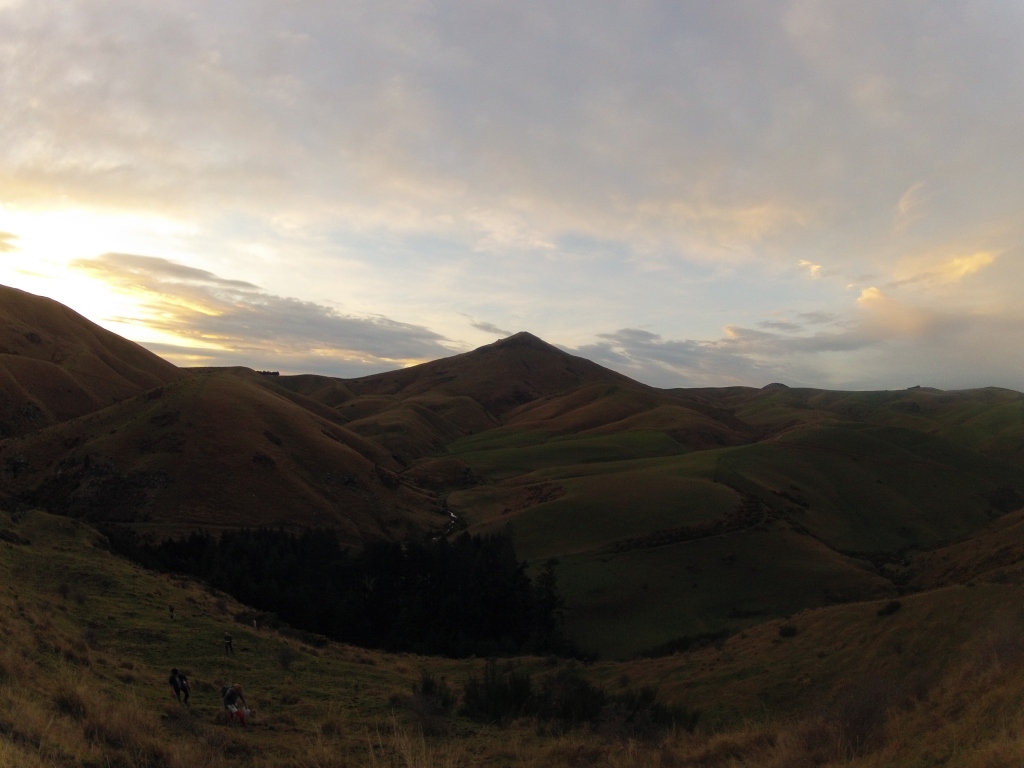 The sun coming up!

Hilary and Dave out the back of the course

We made a few changes to our plan to minimise the climb, but for a long time it seemed like we were going up and up. Eventually we cleared the left side of the course and we able to jog back across the hillside before crossing to the right. The bottom end of this section was a bit of a grind, I think all three of us were starting to feel a bit tired at various stages, but we kept a good steady pace and the spirits were high.

Hilary’s turn to read the map

Control 55 was difficult to find, and we didnt find it* which  caused a little bit of a downer as the heat had gone from the sun a bit by this stage too. Hilary also had a bit of a problem with her foot at that stage that was becoming more apparent, so it was the perfect opportunity to take stock and re-group. After some food, pain killers and a little bit of walking along the road the team spirits were up again.

Going into the darkness we quickly picked up a couple of easy controls before taking a gamble to add in a 40 point control with just over an hour to go. There was quite a bit of climb to this control and a big descent into control 90 which I managed to get quite nicely on a compass bearing 🙂 With 30mins to go we thought we had time to get 1km to the next control up 100m and then 1km back to the finish and still be on time, but as it turned out due a slight route choice error on my part we ended up having to bail out and bash along the road to unfortunately get back 3minutes late.

We lost 30 points for being late and probably lost about 50-60 points by not picking up the last two controls we aimed to, but for 11 hours we covered just as much ground as we though we might for 13 hours. We finished up in 5th place overall, and second in the mixed teams not too far behind Tim and Georgia who were second overall. It was a great day to be out climbing up and down in the relative warmth, but most importantly I think we all enjoyed ourselves out there too!