For the first time in 18 or so years after a week of rain and extensive flooding in North Canterbury this years Heights of Winter Rogaine was cancelled. The forecast was looking good and since Accommodation was already booked and paid for so we all headed up on Friday night to Gore Bay anyway. A late night arrival meant a good sleep in on Saturday before everyone was up and plans were being made. Hilary, Myself, Michael and Katie all decided early on that we would head for Mt Fyffe and hopefully make it back before dark.

It was a pretty nice day with clear views in every direction, you could see for miles. As we arrived at the hut for lunch Greig and Clare joined us, having started 15min behind us. The sun was out but there wasnt much warmth to the air and jogging was required in the shady parts of the hill. The higher we went the more icy the track became, but in the shade there was just enough traction to be gained from the ice crystals formed ontop. Once back into the sun the snow became very icy and very slippery. Some care was required, especially on one part of the exposed ridge line which if you fell you might slide quite a long way down either side. Greig was somehow able to just walk up the slope, while I had to kick some steps to get anywhere near forwards. 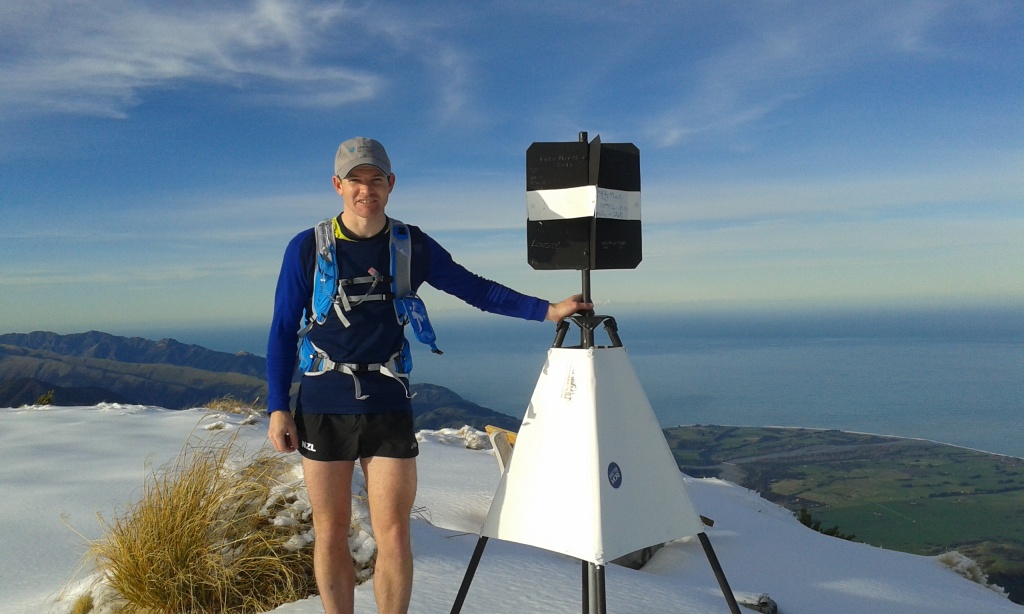 Casually at the top

Greig quickly made it to the top and back, while Hilary and I were quite determined to make it to the top (and back in one piece!). Eventually we made it carefully there to see some amazing views right out to sea and back across the Inland Kaikoura’s. Getting up was pretty tricky, but getting down was even trickier. It would have been nice to have crampons or an Ice axe at least, but we made it down cautiously and safely past most of the ice with only a few bum slides on the less exposed parts. Greig met us just as we were able to run again and by now the light was starting to fade, only just making it down to catch the others as darkness fell. 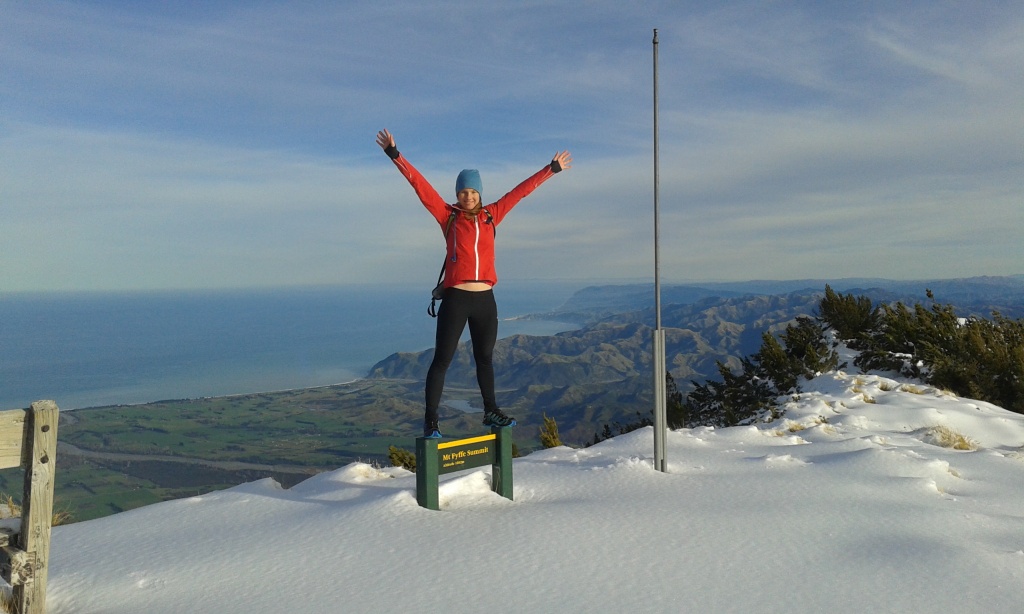