Getting through the training grind

It’s the toughest part of training, getting through the grind, the hard, tiring and long section of training. The last couple of weeks have been a bit tough motivation wise and the tail end of winter hasn’t been much help either! But after today’s hill rep session I finally feel like I can see the light at the end of the tunnel. The training to this point has got me in a good position at the point almost/or as close as I feel I can get to where I want it to be.

Since the Golden Road Rogaine down South I have been fairly focused on maintaining the long sessions for adventure racing while sharpening the pencil with getting some good running hill work under my belt for the World Mountain running champs in just under a months time.

With Dave, Hilary and Angus, on a bad weather Winter day we caught the Diamond harbour ferry with our bikes. We rode up and over into Port Levy, then up and over into Little River to the cafe for some food and a bit of a warm up. We came back via Gebbies Pass, then up to Coppers Knob and along the Summit Road to the Bridle Path and into Lyttleton to the car. Paddling on the lower Waimak on Sunday with Hilary and John.

Paddled with John on the lower Waimak on Saturday followed by some hills reps. Orienteering at Halswell Quarry on Sunday.

With Hilary, John and Tim we made the most of a Nor-west day when the Waimak was out of action and paddled from Tane’s place to Tim’s place, out of the Heathcote, across the estuary and up the Avon. Minus Tim, we biked back to the cars via Sumner. On Sunday the weather crapped out and I had a go a Mountain Bike orienteering for the first time in several years!

The final two Brass Monkey Kayak races were held on Saturday and Sunday. I opted to rest up and ready myself for the NZXC champs later in the day while I payed it forward (or Backwards?) offering to do the car shuttle for Hilary and John. After waiting around all day finally the race was underway. I wasn’t quite prepared for the speed of the cross country running, with the bulk of my running training focused on hills and I struggled with the pace early on in the race. It wasnt until I was over the halfway mark when I started to feel strong and finished that way. I gave it my best shot but I wasn’t quite far enough up the field (25th place, same placing as two years ago!) to help the Canterbury team through to a team Gold but put in just enough to secure a silver instead. 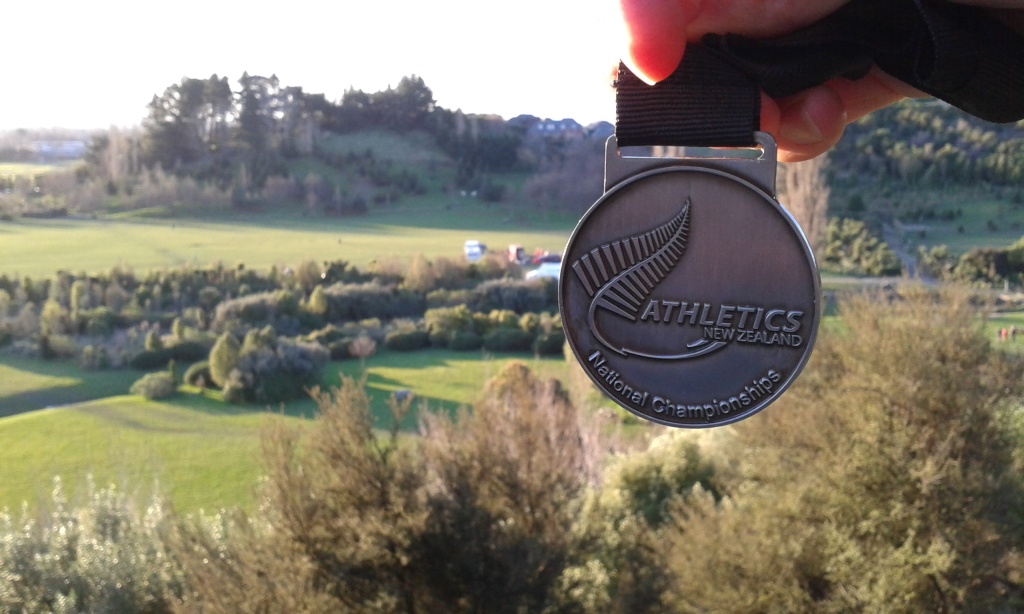 Silver team medal from the NZXC Champs at Halswell

Sunday I was able to jump in my kayak without stiff legs and race the final Brass Monkey race. I was unlucky enough to draw the first start but had a solid paddle to finish mid field in the A division with my B division boat! The other two did slightly better than me with Hilary picking up 2nd and John 1st in their grades. After the Prize-giving we rode back up to the other car and John drove home while Hilary and I went and played at McLeans Island for a bit before heading back to the other car. I managed to push it a little hard on one corner and ended up biting the dust! 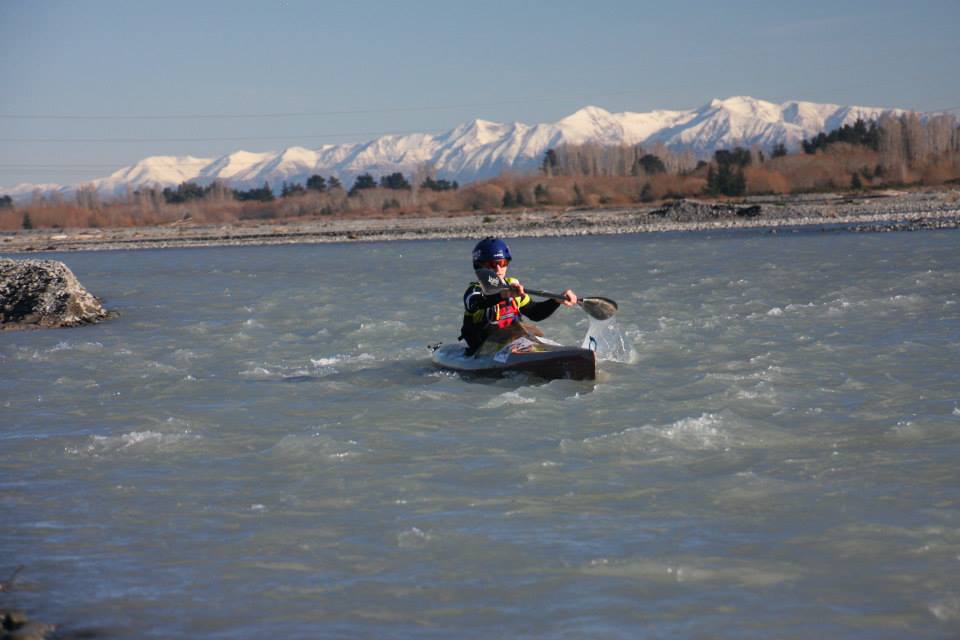 Long run on Saturday morning with Dallas, who is also going to the World Mountain Running champs. Paddle around lunchtime with Hilary and sort of Dave and Nathan… Sunday some orienteering training with Laura and Hilary, then 3x reps of the the Bridle Path with Dallas in the afternoon.

Hill reps up Bridle Path on a Sunny Winter day

So onto the next weekend, the last big training weekend before I head away and a specific one we are keen to hit hard in preparation for Red Bull Defiance which I will be racing with Hilary later in October. Looking forward to getting out of training mode into race mode again!