Last summer seemed to be dogged with bad weather, making it pretty difficult to get Plan A on any given weekend. This summer has been quite a contrast, lots of long summer days full of training week days and weekend days too.

Just after Christmas I meet the rest of our Godzone team (Osprey Packs) in Tekapo for a big training mission. The goal was to get a big trek in, off trail and with minimal sleep. The day after Boxing day we left on our bikes into a howling head wind, loaded up with heavy packs , along the lakeside towards Roundhill skifield. It was pretty nice to get out of the wind and onto some tricky single track, made especially more difficult with the wind and the heavy packs! By the time we reached the bike drop off point we were all ready for a change of pace even though it was only a short 3.5hr ride.

The climb began very abruptly and we climbed up a massive scree slope and over into the next valley. The valley was fairly inaccessible and as a result there was a fair amount of wild life living in there. We spotted around 60 Thar,  2 wallabies, a Seagull colony and a few rabbits/hares as we wandered down the valley. Eventually the valley narrowed and as we got closer to the hut we intended on sleeping in the scrub a bit denser. After picking our way through the scrub we arrived at the hut just on dark.

There was only time for a quick stop here, time for dinner and about 2 hours sleep. We were underway again by 2am and arrived ontop of the ridge at around 4am. Daylight was breaking but it was a long time before the rays of the sun were shining through to warm us up a bit. 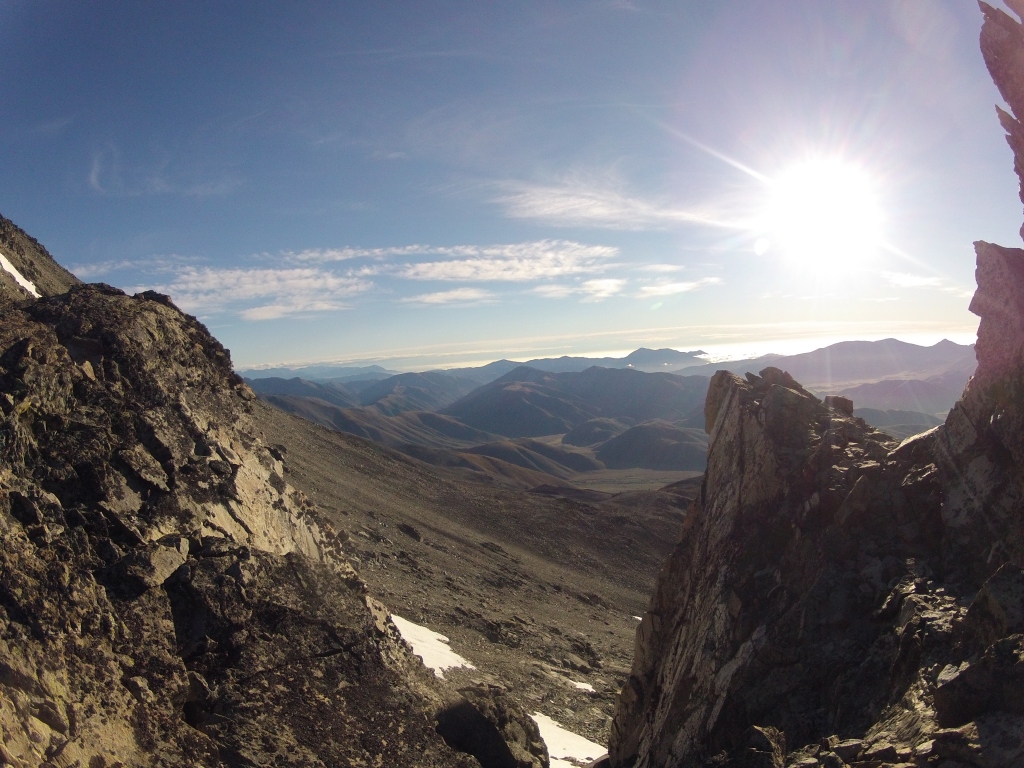 Sun rise on the ridge below Fox Peak

In the shade waiting for the sun to warm us up 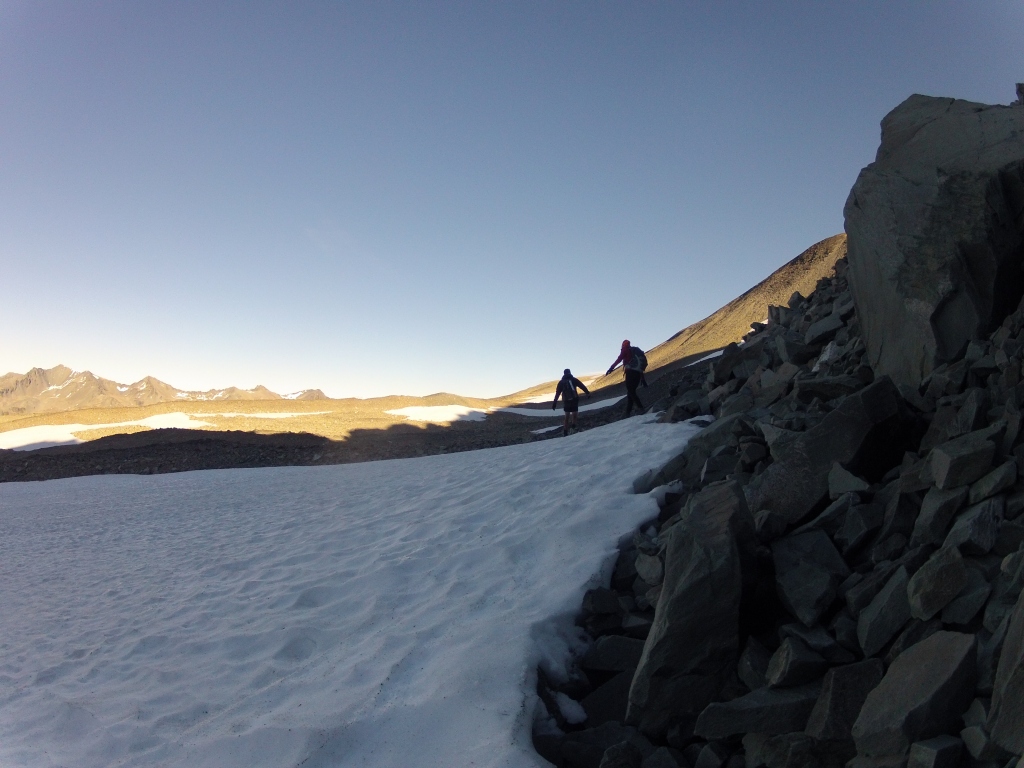 Crossing the little patch of snow at the top

We stopped short of going to the top of Fox peak when we reached some difficult bluffs, and went around. The day continued with a long trek across some scree and into another valley. The sun was super hot and sunburn was our biggest worry while being out in the heat of the day. There was one final long descent down a massive scree slope which took us down something like 1000m into a super hot valley. We had planned to ride down the lake edge and paddle some canoes down the lake back home but Dave was suffering a bit and it was getting late in the day so we opted to ride back into Tekapo. A successful mission completed and a few days of well deserved rest to follow! 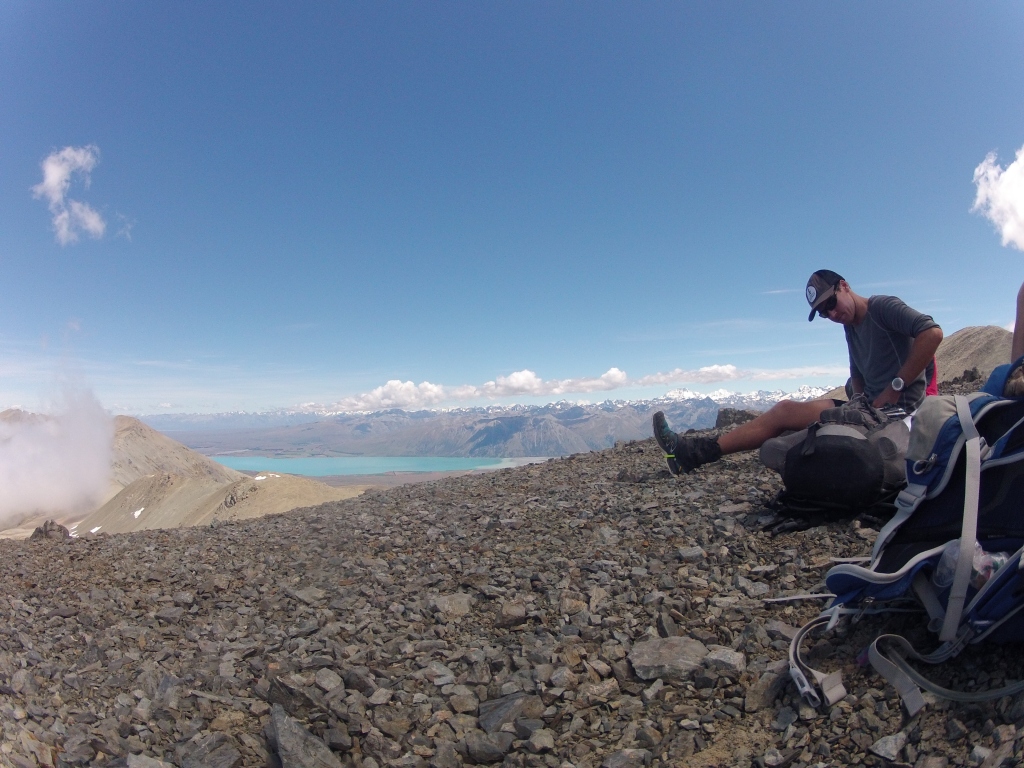