The summer has been pretty endless so far, today has been a bit of a cold one but no doubt the sun will be out and shining again tomorrow. When the sun shines its hard to not go and make the best use of it especially when you are training for an expedition length adventure race! which is why I have been pretty slack about updating my latest missions I have been on… but since the training is winding down as GODZone draws closer I can probably make an effort to get somewhat up to date!

New Year’s eve 2014 we hatched a plan to make the best use of a good weather window of approximately 1 day…. Homestead Peak was our target and as most people were sleeping in we were getting ourselves up and moving and on the road. First stop was the petrol station which was surprisingly full at 8am about 45mins behind our target leaving time so we didn’t make it to the Raspberry flat carpark until around 10am. We made quick progress up the Rob Roy Valley and then onto the “route’ beyond where all the tourists go. The terrain gradually got a lot more steeper and much more exciting until we reached the edge of the snow. The crampons came out and we made our final push to the summit.

Lunchtime… not too bad of a spot to have lunch!

On the slopes below the Summit

Once on the ridge it was just the crumbly summit rocks to go to get to the top. It was pretty messy and we were feeling pretty confident until Tim loosened a boulder off which went careering down onto the glacier below. This was a bit of a reality check and soon enough we decided the best option was to scramble back down, only about 10 vertical meters from the top… It took us a fair bit longer to get down because the rock was so crumbly so I think it probably was the best option to turn back when we did, if not a bit earlier maybe!

The Summit of Homestead Peak

Once down again we rejoined Stephanie and made our way back down the valley in the evening sun. The weather was beginning to turn and the day cooled off a little bit making for some cool pictures. By the evening we were back on the waterfront in Wanaka a little tired, a little sad we hadn’t got to the top but pretty happy we had got an awesome day out on the hills in! 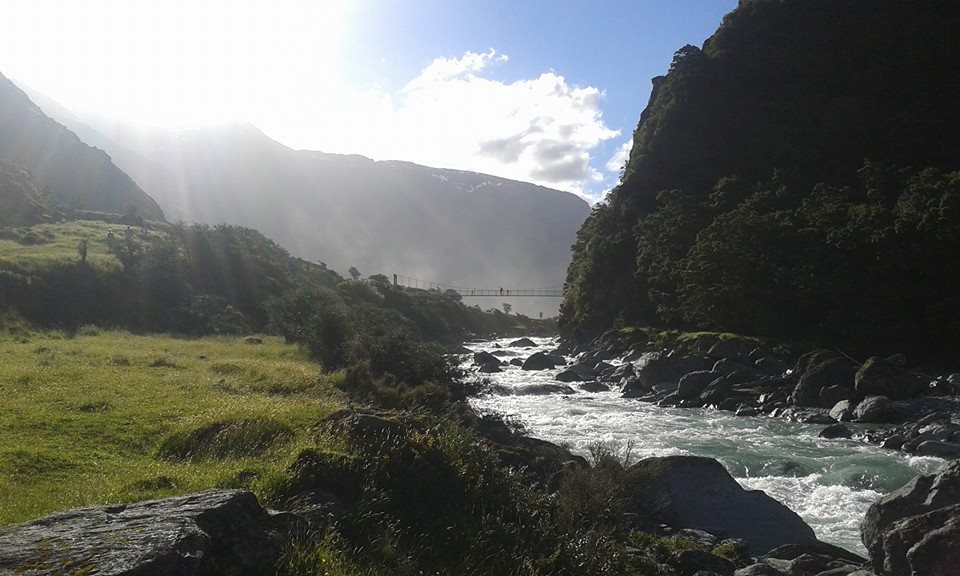