One day down of 2015 and I was on the look out for another mission. I said goodbye to Forest, Tim and Stephanie then met up for a quick Mountain bike ride with Hilary along the Outlet before she too was off home to Christchurch. The plan was to go and visit Dad at Stevenson’s Island but as it turned out he too was on his way home due to a mechanical issue with the centreboard on the boat. I wasn’t quite ready to go home yet so came up with a plan to visit the Ahuriri valley on my way home. I wasn’t quite sure where to go but after a suggestion from a guy at the DoC office in Wanaka I quickly made my mind up and was on my way, racing the few hours of daylight left…

I made it most of the way up the road, and took the advice of the signage suggesting no 2wd cars beyond this point leaving me about 12 kms from the end of the Canyon Creek track. It looked like I was going to have to bike the remainder of the road. I was in a hurry to pack since it was now 6pm and around 3.5hours until darkness….that and the swam of relentless sandflies surrounding me! With my heavy pack on my back I was quickly underway with no mucking about. I forgot how heavy all your gear can get on your back on a bike and it was hard work but good training none the less. 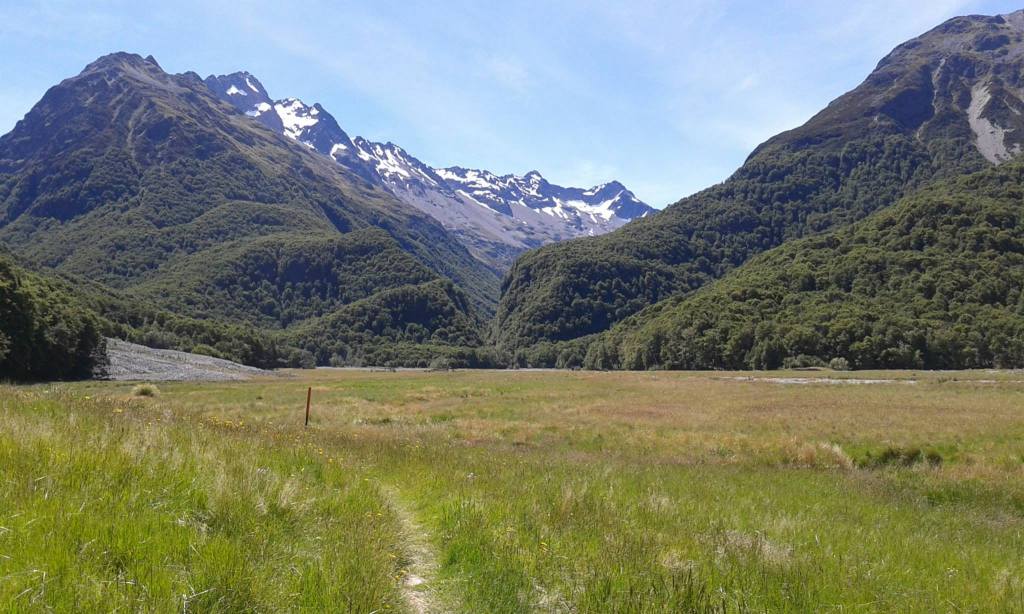 Looking up towards Canyon Creek

One hour down and I had made it to the end of the road, time to transition. I stashed my bike, hiding it from both people and the potentially more damaging kea’s and was one my way walking/running to hopefully make it to a cool spot to camp up high. Just on darkness I made it in the lower end of the windy basin and found a spot to camp. Not the greatest spot and the wind was relentless as I cooked my dinner.

Campsite for the night

During the night the wind backed off and the temperature dropped significantly. I saw my watch get to 4 degrees which encouraged me to put on my down jacket inside my sleeping bag! Having had early starts the last few days I took my time getting up and formulated a plan for the day. It was about then I realised I had left my sunscreen behind and it was going to be a long hot day in the sun…. I had to improvise so I got out some antiseptic cream which apparently aided healing when you got sun burn and figured that might work. There wasn’t much option so I gave it a go and pulled some arm warmers on too. 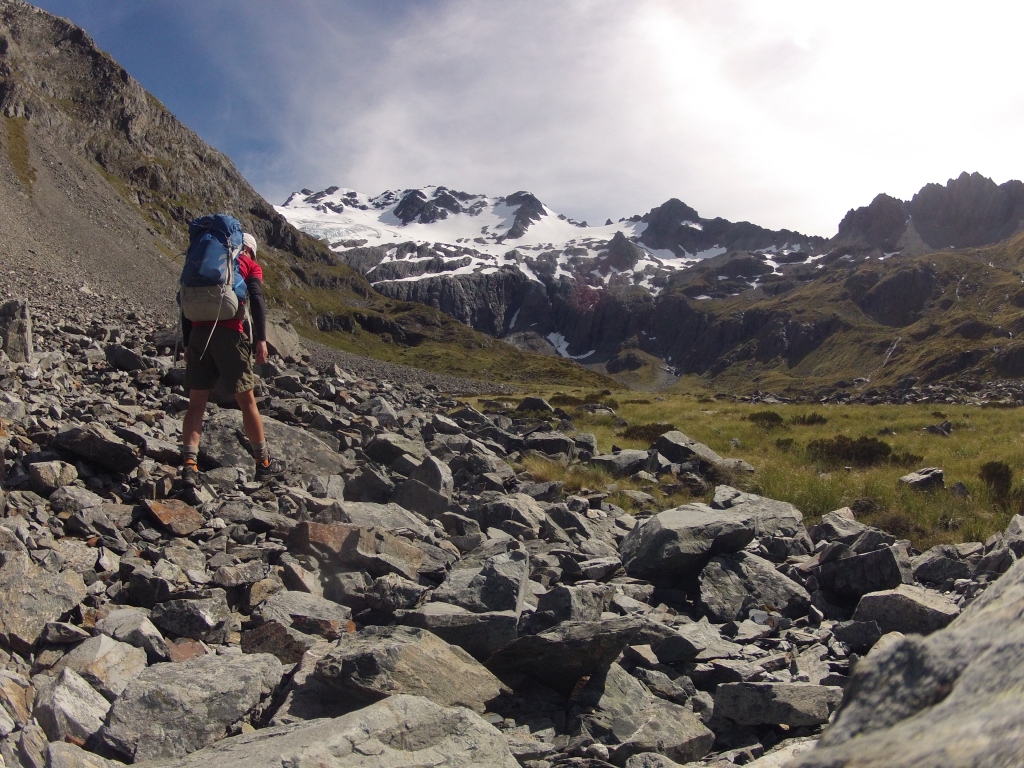 Making my way to the upper part of the valley

I ventured up to the top of the valley and then made the 400m climb up and over a scree slope to the ridge line. Lunch was had at the top before I began descending via a very vaguely marked route. At the bottom of the scree I missed the markers and had to make do with the map instead. Into the bush line I had to weave a bit to avoid some hidden bluffs which did make me think it was not such a wise move going this way considering no one really knew exactly where I was going. Anyway luckily my navigation skills pulled me through and I made it to the bottom of the valley in one piece.

High point and time for lunch!

It was a long but enjoyable walk along the valley with my back to the sun. There was a few people out on bikes and one other guy tramping alone but I largely had the place to myself which was pretty cool. There was time for a quick and very refreshing dip in a stream before I jumped back on my bike and headed back to the car. By this time a tail wind had picked up and I was back to my car and civilization in no time at all.

Made it, into the valley, just the long walk out to go 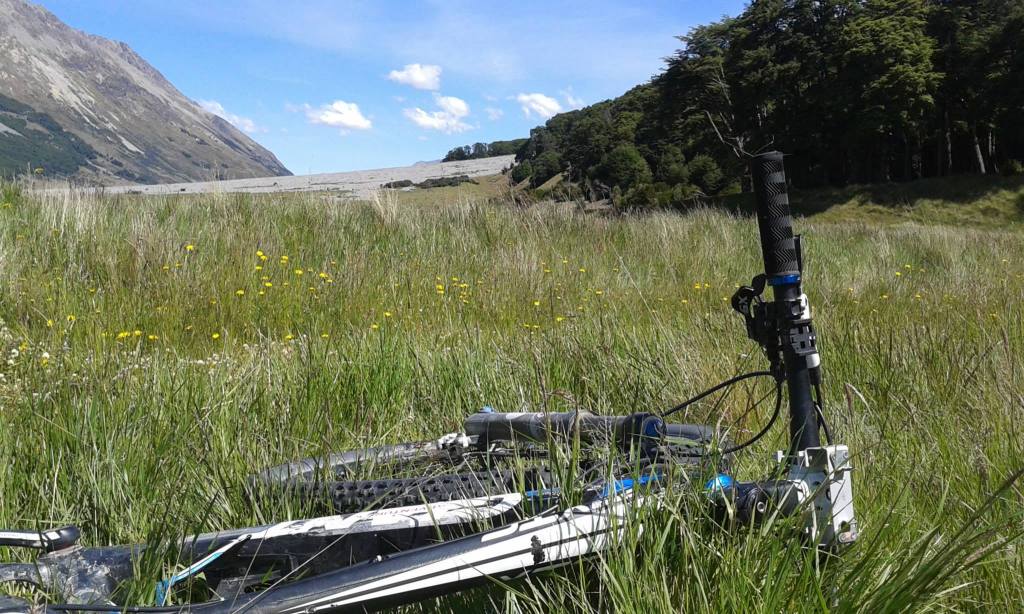