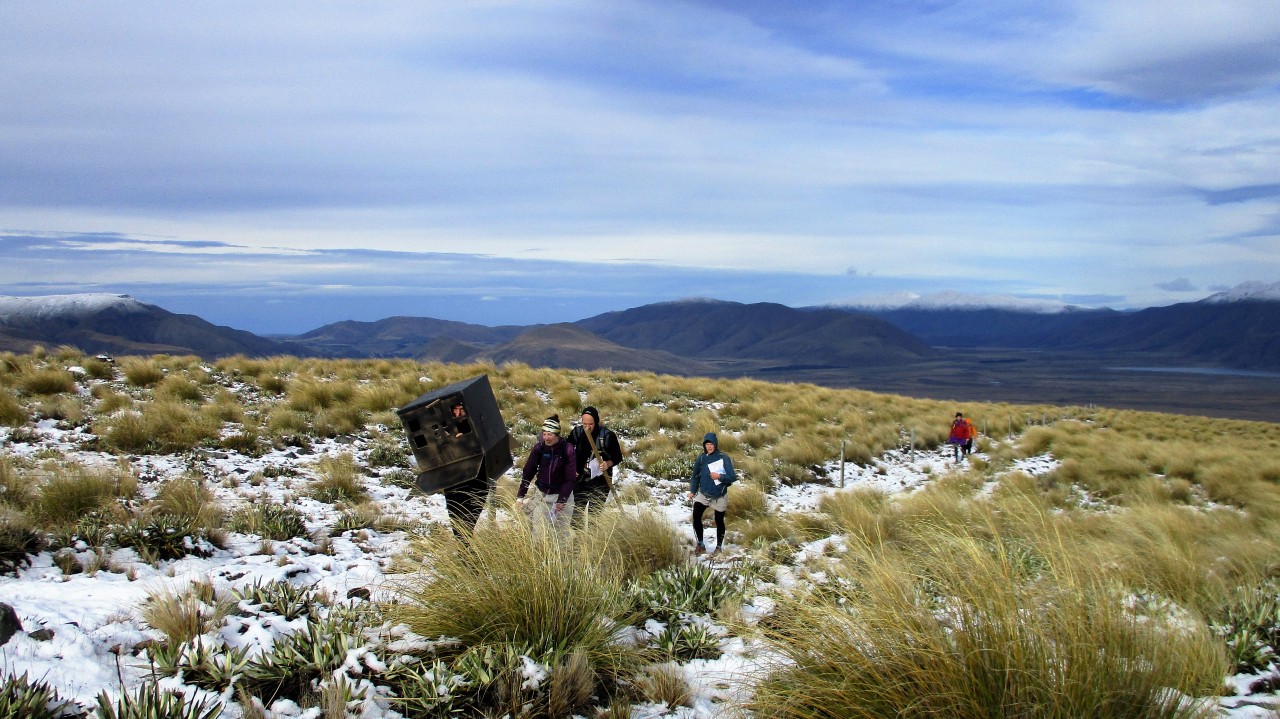 Followed by the Luke Skywalkers

Having missed the previous two TWALK’s, this year I was definitely keen to get back out there for the 50th one. So 7 weeks post-op on my wrist I figured that if I was careful I could probably manage at least 1 of the legs and then crash out in the Hash house for the rest of the time. In fact when brain storming ideas, I figured that I was going to wear my full arm brace, so maybe Id get some sympathy from the others if we all dressed like we had just had surgery, which brought rise to the team name of “the Walking Wounded”.  The forecast had been looking fairly terrible all week, but after some pretty solid rain (and likely snow where we were heading) a small weather window of opened up just for us.

As always it was a somewhat murky and cool morning meeting in the UCSA car park. The buses were all there ready and waiting and an excited bunch of crazy costumed people were gathering in anticipation. By 8am we were on the buses taking us away to our mystery start location, the buses swung south out of the car park, the first hint of many on where we were heading. Two and a half hours later the buses pulled up and in the middle of a great valley every  piled out, straight to the fence to pee! Two guys dressed as portaloos, peeing out the door was possibly one of the most funny things I had ever seen at TWALK.

There was a short but entertaining briefing, which included the line, “….its not Godzone, there is only socks for prizes!” then it was time for the real crazyness to begin! Races are always a bit chaotic at the start, add to the mix a whole lot of weird and wonderful costumes and you start to wonder what the hell is going on… from men in skirts, to dragon boats, muppets and Luke Skywalker, everyone is off like a rocket trying to get to that mysterious checkpoint as fast as possible. Suddenly Darth Vader emerges from a rosehip bush and he is off, his team in pursuit and the rest of the teams left to wonder where actually he found it. Tatics come into play a little here, no one wants to give away just exactly where the marker is!

Crazyness at the start

We found ourselves up the front end of the field from about an hour in, with quite a few TWALK’s behind us and the only other teams around us stacked with a bunch of orienteers its no real surprise really, its just a regular weekend out for us…. minus the costumes of course… well some might suggest that orienteering pants could be considered a costume! After a close fought battle with the Luke Skywalkers team through the final controls we arrived at our first stop at the Hash house. It was early afternoon by this stage and bags were only just arriving from the buses, and food just coming out. With our half hour compulsory stop I was just able to pitch my tent, as after the next leg I had enforced myself to sit and sleep out the night legs as there was a higher chance of falling over, which pretty much could ruin the surgery I was just starting to get over!

Leg 2 we were hoping to get done before dark, there was some serious climb in between us and the next few hours and it was likely we were going to get into some snow too! The flat was way too easy and the sandwich that I had scoffed down before leaving was not sitting all to well. Surprisingly it was nice to be going uphill, things were about to get very cold however. We were lucky to find one control perched on a rock that allowed us to make a break on the rest of the teams, so we had the tops to ourselves and the bittingly cold wind. Slowly we waded into the snow, ankle deep at first and then upto knee deep at the top. There was some fairly spectacular scenery on display up high and while Greig was bashing us a path through the snow, I managed to take a few photos with my left hand all the while trying to keep moving to avoid the cold and trying not to fall over!

Windy at the top!

Relief from the wind came eventually, just in time for us to head down the hill. Just on dark we came to a tricky control and the searching motivation started to wane a bit. After a good 30mins of searching we gave up, quickly moving to the next two before getting stranded again trying to find something that didnt appear to be there. Tempers frayed a little and frustratingly we gave up soon after we were caught by the chasing teams. Back at the hash house it was a close race and there was any one of 5 teams in hot contention seperated by about 5mins in total!

I sat out the next two legs and hung out in the hash house catching up on all the gossip. Eventually I gave up waiting to see my team come back in and went to sleep around 1am. It was a pretty cold night in the tent and I kept slipping of the end of my sleeping mat, getting cold feet and waking up… finally at around 7:30am I gave up for good and emerged hoping that Id slept in long enough to avoid having to go out again on 5th leg. Then as I opened the toilet door my team arrived back, all ready for some rest before the 5th and final leg! Some might say perfect timing, others might say slightly inconvenient timing.

Once Id got my gears on and warmed into the idea, it was quite exhilarating to be heading out in the lead onto the last leg. I quickly realised that I was in much better shape than Greg and Greig how had been out road bashing all night long. I also got to do most of the navigation which was a welcome distraction in the warming day light. After crossing a swollen and freezing cold looking river we spent a short time searching in vain in what I now suspect was the wrong place. Given the time we had left, we had to make a smart decision to drop it and move on to the next one. This unfortunately required 3 more crossings of the river! Having had the longest time out on the last leg we were fairly confident that even with dropping that 1 control we still had the time advantage of the others and made our way quickly back to the Hash house finishing about half an hour early. Our good judgement (?) seemed to pay off and we managed to take the win, over a relatively speedy team since we were back before them!

50 Years of TWALK – The Film – First Teaser from Tobi W on Vimeo.