It didn’t feel all that long ago since I was last up running around the sandhills near Levin, but once again I found myself in a car battling the Queens Birthday traffic north of Wellington. At the time I entered I was still in a full length arm brace, so I was unsure just how much running around Id be able to do. Each day I entered a different course, at the time aiming for a run time of around an hour per course. I was keen to try and not put pressure on myself to run fast. This would mean the chances of falling over would be much lower as pretty much the worst thing that could happen to me at the moment is to fall over and stick my arm out, injuring what has just been fixed, so Im banned from most high risk activities for the time being…

To get myself my target of 1 hour per day I had to enter elite for day 1. Pretty much defeating the whole reasoning behind my other course choices! Anyway, out of the blocks I made a good start. Things went quite well throughout the race, my stress levels were low, I felt like there was no pressure and I got a good flow on. I was a little upset 2 controls from the end when I came across a fence not on the map while following one on the map. Happy with my run I cruised into the finish to take 6th place, only a matter of seconds behind Jamie, Gene and Chris. Not too bad considering I thought, maybe I should have run elite all days! 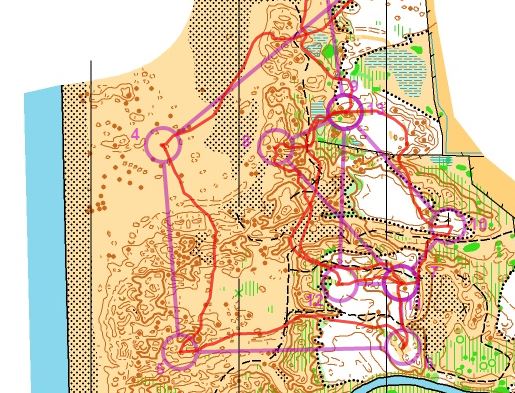 Day 2, I spent the whole morning freezing cold in the frosty forest waiting to go out on my run in the M21AS grade. I think I was second to last starter, and again got off to a good start. I ran in control the whole way, and really enjoyed the low vis marcocarpra section, thankfully that I didnt have to go out into the sand dunes which was full of tripping hazards apparently. The fun bit was followed by some long and not so fun legs. I guess at this point in the course it would have been good to have some variation in leg length and maybe some sort of tricky navigational legs mixed into the break things up a bit, but you cant always have everything! I finished just as I started and again had a very low mistake rate. 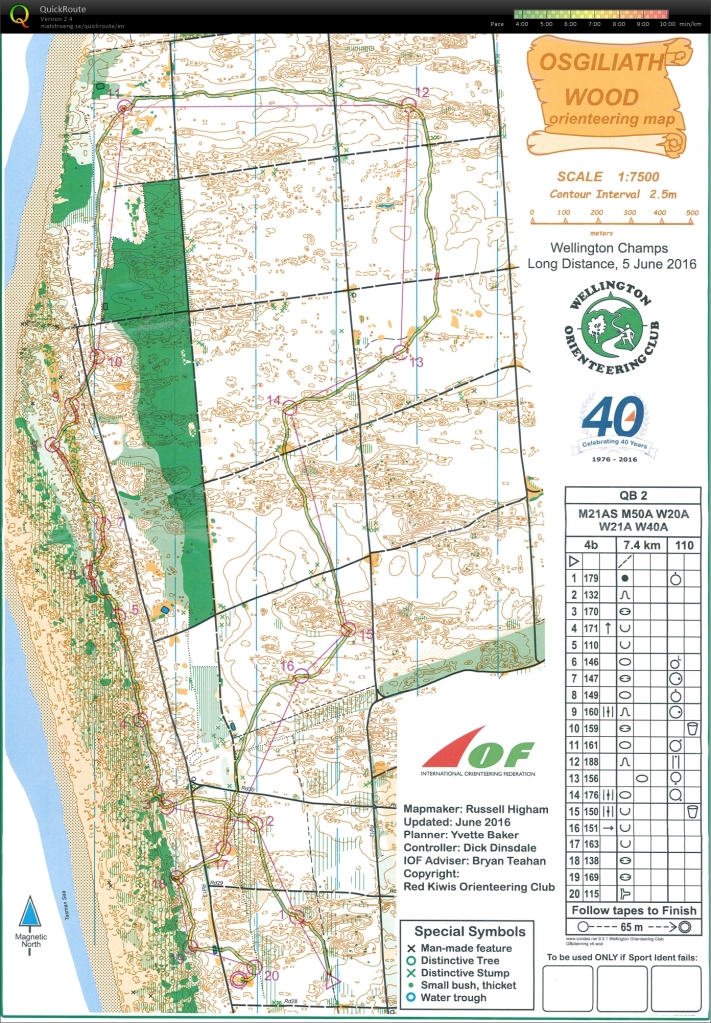 I was starting a little earlier on day 3 which was nice, the event centre also had much better positioning to prevent waiting around too long in the freezing cold! The M21A course involved a bit more rough stuff under foot today, so I had to take a bit of care initially and then again latter in the race. Midway through the race I was once again on top of my game, and in good control; funny what a little less pressure can do to your orienteering, maybe everyone should try this once and a while! I enjoyed a particularly challenging long leg along a series of vague sandunes, with the only other option to go way out of the way into the shitty forest at the edge of the dunes, and also with not good attackpoints. I felt like I ran pretty fast through the latter stages, which I did, just not as fast as some of the others in other grades!

All and all a good weekend of orienteering, probably one of my best technical orienteering weekends with maybe 3 navigational mistakes over 30 seconds, with maybe 1 or 2 poor route choices over 60 odd controls. Good to be back out orienteering anyway, I remembered why I like orienteering!