Road Trip with the Girls

North of Nelson on the West Coast is a place I haven’t actually spent too much time exploring and I have been on the look out to go check it out sometime. Unfortunately for the El Equipo Spring Challenge Team (Lara, Georgia and Emily) they were down a regular support crew member as (Riki had shirked his responsibilities and gone to a stag party in Queenstown), so I jumped in, in his place. It wasn’t too hard to convince me, especially when bribed with a shuttle and the chance to ride the Rameka track on the way there!

Since I had to take a day of work I was pretty keen to maximise my “holiday” and headed away Thursday night with Matt and Lara. We camped overnight at Marble Hill which had not yet filled with Freedom campers for the season, and instead was awoken by “Tane, look out! the baby weka are going to attack your tent!” 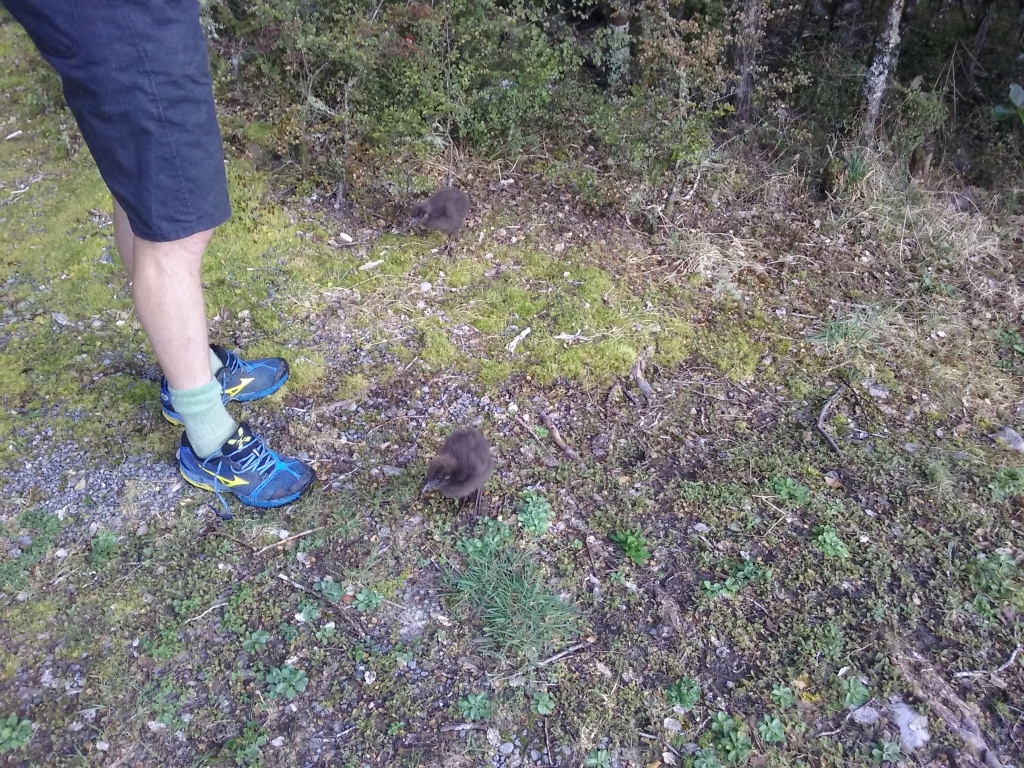 We had a leisurely start to the day, a goat was sighted in the back of a car in Murchison and lunch at the Riwaka resurgence before jumping on our bikes at the top of Takaka Hill. Here we meet up with Rob who was going to ride alone but gladly joined with us. The track was very cool, heaps of fun, but almost a little bit challenging for a Hard tail. The Kennett brothers extension tracks were also a very exciting addition to the end of the ride. Some of the corners on one of the trails was a little bit much for me and had to walk a few. A slight navigational/land use issue caused by Matt sent us on an extra little road bash before we managed to find Lara. Our fun over for the day it was now time to do some serious work…. 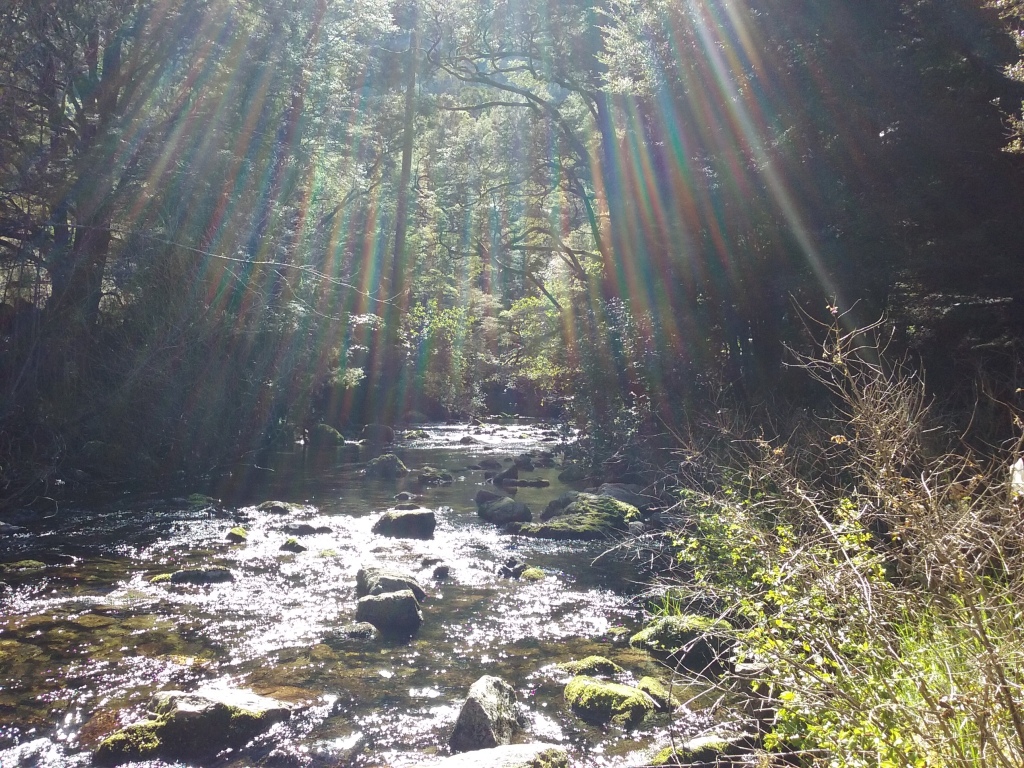 River just below the Riwaka Resurgence 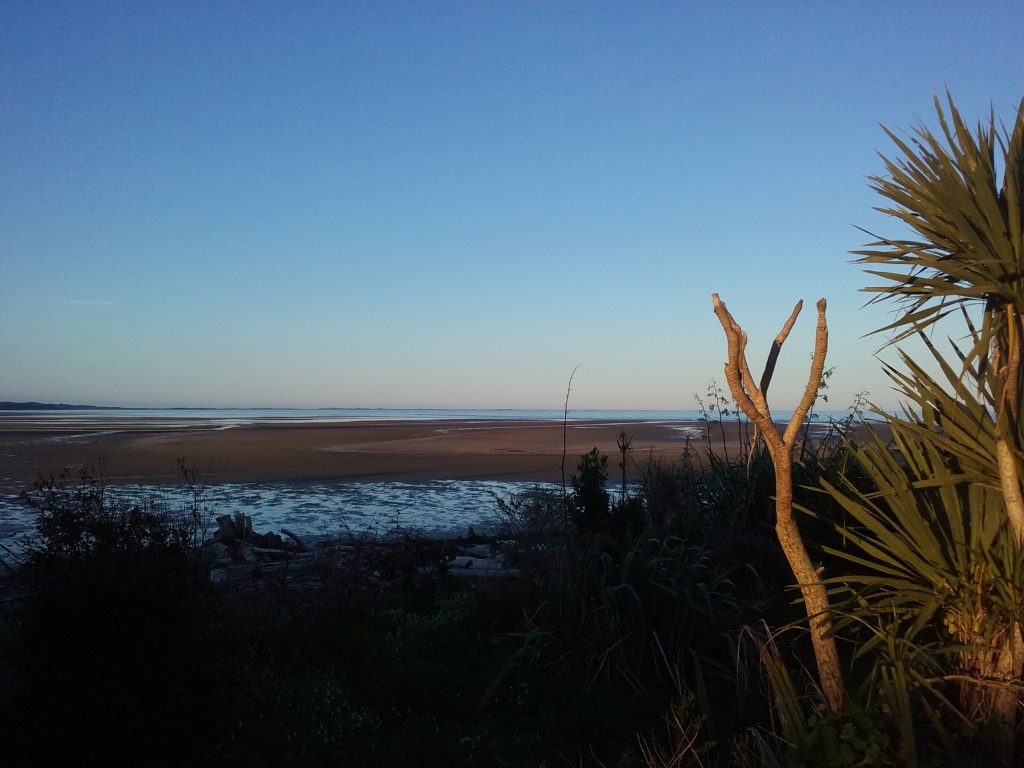 The Sunset after a brilliant activity day for Matt and I

Its surprisingly easy to get up at 4am for a race as support crew, I guess having been on the other side of the coin before, you know what it feel like so to not have to be nervous and ready to fire it can be quite a lot less stressful…. however this did not mean that we could rest on our laurels, to get anything wrong in transition is something that no-one wants to have to face! The sunrise was not anything special unfortunately as rain was forecast later in the day. Not ideal for us standing around waiting at the transitions. The girls were pretty speedy off the raft and we had to be too, to pack up and move to the next transition. I think the support crew next to us was left a bit speechless and very impressed the speed and with our efforts in the whirlwind of activity.

The Devils Boots. The girls came through here on their bikes later in the day

Next transition the rain came, and by the time we got to the 3rd it was bucketing down. Luckily there was a reasonably covered spot at the cafe nearby we could hang out in. The final transition was a joint one with 6 hour teams and it was in a cow paddock, wet and very muddy! Nice to see the girls out going hard despite the average conditions however not too much fun for us, especially picking up the muddy (+ cow shit), wet bikes….

Along the beach and into the finish

It was a close finish, to a see saw battle between three of the top teams. Unfortunately for Georgia, Lara and Emily they ended up just being edged out into second place by 54 seconds. Georgia’s race report is here. In the 6 hour race, Isla and Hilary had to also make a bit of a come back from the bike section and coincidentally finished in second place of their race, only a few minutes after the others.

I had itchy feet once we were back to the house, but since the race was over we were allowed to have our own little mission and headed out for a run, right out by Farewell Spit. It was a very cool desolate looking place, and the track runs right up along side some big cliff’s around Cape Farewell. Eventually it started to get quite dark and we cut back along the road just as it got dark and started to rain hard. Quite a unique end to a really cool little run.

Looking out over Farewell Spit

Archway Islands in the fading light

It rained all night, and it was a bit of a mud pug at the prize giving tent. Faced with a long prize giving, and a long drive back to Christchurch, I was able to sneak out for another quick run along the beach, timed to perfection. I was pretty glad to have got out running when I did, because the entire drive home it was raining on and off!