Road Trip with the Boys

From the top of the South Island one weekend to Bottom of the Queensland (Aus) the next! Thursday lunchtime I headed away from work to catch a flight to Brisbane for some orienteering at the Australian Champs. Nick Hann and I were on the same flight and arrived in Brisbane with the task of finding Nick Collins, a man neither of us knew yet, but another orienteer none the less. Half of the fun of these orienteering trips is actually working out the logistics of getting from A to B and back again, and of course there is some large scale navigation involved.

We made our way to the Domestic terminal and located what looked to be our rendezvous point. No sign of Nick. We referred back to our instructions, “…a man slightly taller than me (Rob Garden), with whitish hair…” Great that could be half of the people here in the terminal! After some waiting we discovered that actually there was another Thrifty counter, and sure enough we spotted Nick, and our Road trip began. Just south of Stanthorpe was approximately 3 hours drive away, it was still quite early Queensland time but getting quite late NZ time, and several hours since my Sausage roll 5 hours earlier in Christchurch airport. Shortly after getting out of the city we managed a stop at a very random little strip mall for some “authentic” Italian Pizza. Then it seemed like hours of driving through a couple of pretty heavy thunderstorms as I drifted in and out of sleep, before we arrived at the house. The others arrived in Brisbane a bit later, so left a bit later but I was well asleep and pretty much out to it when they got in. 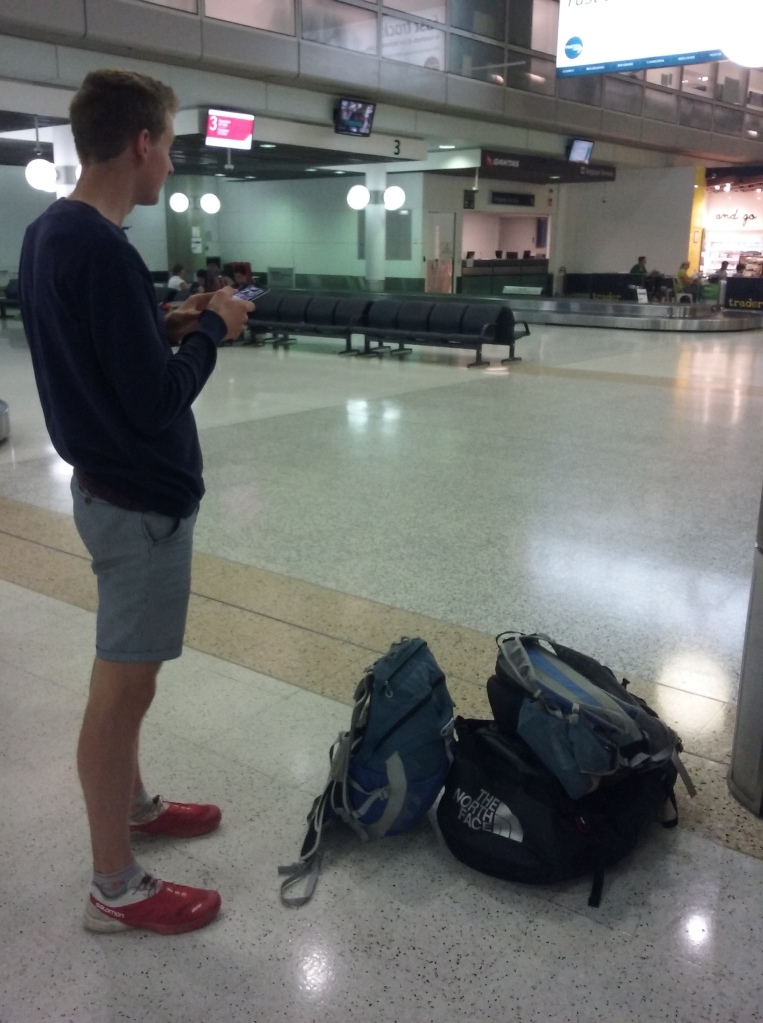 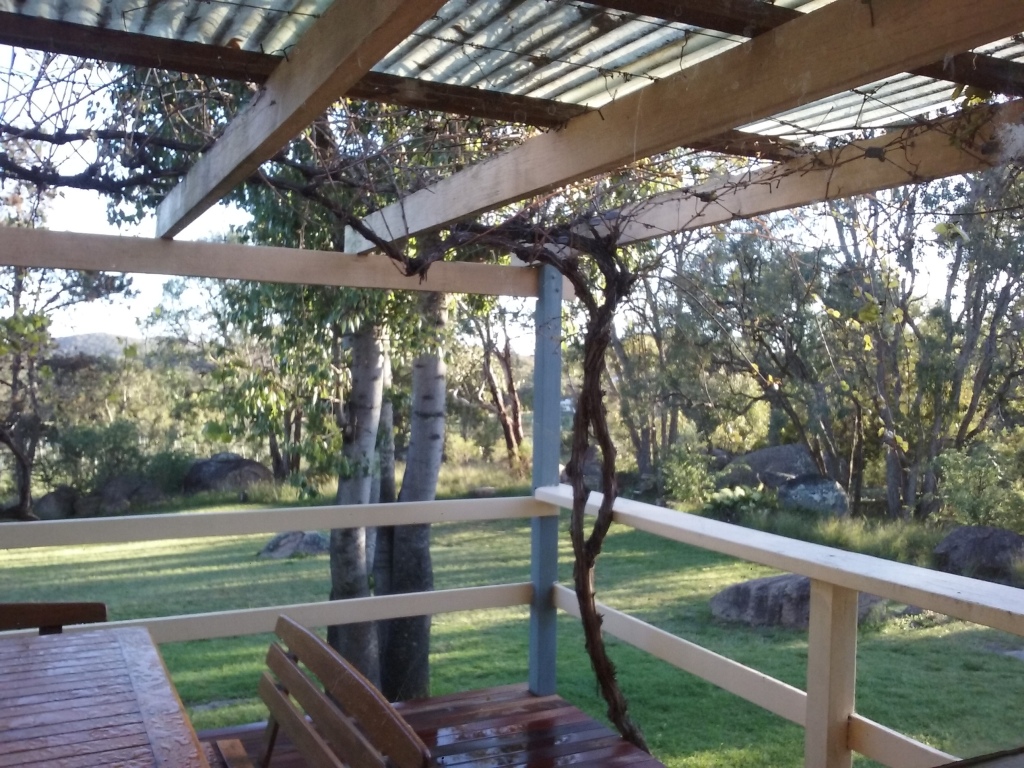 The Granite Belt, a nice place to stay… especially if you are into wine apparently, or Orienteering!

Day 1, we were all up early, the three hour time difference saw to that and headed into town for some bacon and eggs, prior to having a hit out on the training map. My main concern about orienteering at this time of the year in Australia was the presence of snakes, however it was actually bloody cold around where we were, and it was almost tempting to go out there in a polypro! Once underway however, things warmed up and I did my own thing while Matt and Nick smashed out the controls in record time. It didn’t actually take me too long to get into the map which surprised me a bit. It was terrain sort of a bit like Naseby, where you can use clumps of features to act as handrails and ignore the individual features until you are into the control circle. My biggest surprise of the day was how quickly the features came up especially on a 1:15,000 map, I guess the terrain, when clear allowed for nice running. I enjoyed my little run around, but it wasn’t anything too exciting so I was pretty happy to hear that the next two days were much more interesting with a lot more bear open rock patches, typical of the so called Granite Belt.

Saturday brought on the long distance event. It would be fair to say I wasn’t quite as excited as I needed or wanted to be, which was pretty difficult with Nick and Matt around living and breathing orienteering, chomping a the bit to be unleashed on the course. I wandered off to the start, not realising that I had to wear a GPS tracker… We had to wait in the start boxes for such a long time I was starting to get bored waiting. Not good. As soon as I turned the map over I managed to switch my brain on though and with a fairly conservative approach, I had a good run through until about 15 where it all fell apart. I lost a bit of focus, got confused, panicked a bit and made a large mistake. From here on in, things went from bad to worse, and soon enough my somewhat solid (but slow) run had turned into a complete nightmare.

Things didn’t go much better in the middle distance the next day. Again very exciting and challenging terrain but I think the lack of practise in this terrain, and a lack of orienteering practise all round, combined with no speed work for around 6 months disadvantaged me somewhat. Combining all of that with low confidence after the long distance, it wasnt long into the race that I made another huge mistake, followed by another… somehow I managed to latch onto another runner on my course to get me around the final few controls and finish before the big guns all came in….just.

Part two of the road trip was now ahead of us, 3 hours in the car back to Brisbane to catch our flight. There was little room for error, and pretty much no time for stopping. But a little too much time for looking out the window (since I slept and it was dark on the way up) and reflection… I really enjoyed the actual orienteering on the trip, I enjoyed the trip, but was very disappointed and fairly embarrassed with my performance. It has been a rough road through the middle of this year for me, coming back from surgery has set me back a bit, even though it was only my wrist, the time off and the hesitation that comes with sub-consciously protecting it has slowed me down a bit. Also it appears there has been a change in my motivation levels towards orienteering. I still want to orienteer, I still enjoy it, but I am left wondering if its really something that I want to pour a whole lot of time and energy into it to get the results I wish I could achieve. I guess time will tell. I am pretty excited about my next and up coming challenge so some of the fire  at least, is still there!